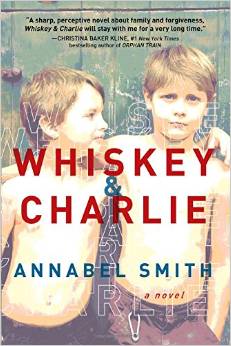 I heard about Annabel Smith a couple of years ago during an online book giveaway hosted by a group of writers from WA, where by subscribing to Smith’s blog (as well as the blogs of Natasha Lester, Dawn Barker, Amanda Curtin and Sara Foster), you could win a bunch of novels. I didn’t win, but I now read each of the blogs regularly and am making my way through the writers’ novels. Whiskey & Charlie (originally published in Australia as Whiskey Charlie Foxtrot) was Smith’s second novel, and I picked it up in the States instead of back home to support her international sales!

The story is basically a character study of Charlie, whose twin brother Whiskey is in a coma as a result of a bad car crash. Charlie and Whiskey have been estranged for years, so when Charlie is faced with the prospect of Whiskey’s potential death, he yearns to make amends with his bro. The story follows Charlie as deeply assesses why he and Whiskey became estranged in the first place, working out that his brother isn’t entirely to blame, then forgiving his bro and forgiving himself.

If the plot doesn’t sound action-driven, that’s because it really isn’t – Whiskey is unconscious for nearly the entire novel and most of the dramatic tension derives from Charlie’s inner emotional cycle – the grief, anger and guilt he experiences over and over as he mulls over his brother’s condition ad infinitum, to the point where it starts annoying his other relatives. But despite not being a novel one might read for plot, Smith has written an interesting and very moving story, primarily, I think, because she does such a great job at making the audience care for both Charlie and Whiskey. They’re both utterly infuriating, in their own ways; Whiskey for his arrogance and sense of entitlement, Charlie for his inability to recognise his own flaws, his tendency to blame Whiskey for every mishap that befalls him. But they’re also both likeable and endearing. It’s complicated. It’s good.

Smith creates such a strong sense of empathy with her characters in part through the way she’s structured the novel. The story’s divided into twenty-six chapters, the titles of which correspond with the phonetic alphabet (Alpha, Bravo, Charlie, Delta, etc) and the content of each chapter then references its title in some way. So ‘Alpha’ is about Whiskey, the first born, ‘Bravo’ is the name of their dog, ‘Lima’ is about Whiskey’s Peruvian wife, etc. While this sounds super contrived – initially, I was pretty skeptical – it works pretty well for the most. Generally I didn’t notice that she was referencing the alphabet, except for chapters like ‘Foxtrot’ where it seemed predictable that the foxtrot dance step would be referenced in some way (because how else would you reference such a specific term).

Anyway, having the chapters divided by title worked because it contributed to the episodic nature of the narrative – each section read like a short story and wasn’t necessarily related chronologically to the section before. As such, the chapters build portraits of the characters over the text and delve into childhood and the boys’ teenage years to reveal how the problems in their relationship developed. In a Q & A section at the end of the book Smith speaks about how the alphabet is meant to evoke ideas of a special, two-way communication which I thought was a nice idea, considering the twins are working through their own communication issues.

I had very few problems with the book – Smith’s prose is really tight and sharp and she’s good at creating different tones and moods. Even though the story is narrated in the third person, it’s oftentimes written in a train-of-thought style which makes it quite believable. The only thing I found a little contrived was the out-of-the-blue arrival of Whiskey and Charlie’s long-lost brother, who happens to visit from overseas right when Charlie is working out what brotherhood means and who happens to have twin daughters which serve as a really effective plot device/mirror/symbol for Charlie to think about his own twin. Apart from that, I enjoyed reading this book. The ending’s satisfying too – not too neat and tidy, but not too devastating either. 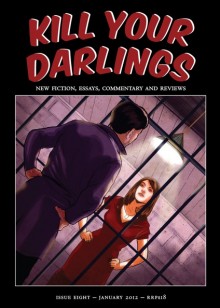